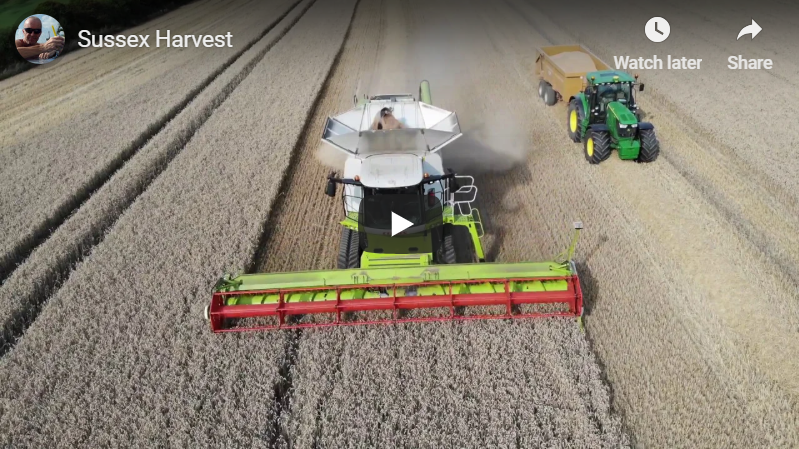 A combine harvester and other farm machinery working in the fields between Bishopstone and Seaford over a few days in late August 2018 gave me the chance to capture something interesting with my new drone (DJI Mavic Air).

Having a ‘flying and hovering tripod’ to shoot video or stills from above opens up possibilities undreamt of before with only a handheld camera and on foot. But there is one drawback which I had not thought of and which makes for quite a bit of extra work making your little movie.

The absence of any natural soundtrack with drone video, unless you wanted a ‘swarm of angry wasps’ soundtrack from the drone props, or you capture audio separately from the ground, means that in most cases a music soundtrack is the obvious choice. That means thinking about and then sourcing one or more suitable pieces of music, then making sure that you have the right or a licence to use the tracks you have selected. Then, when editing the video, trimming clips to fit where possible with changes in the music or the beat….it goes on! So maybe recording a separate natural audio soundtrack from ‘ground zero’ is an easier, quicker and more natural approach for future drone video.

Having said that, it was great fun. I’m sure I’ll get faster, and get better technique, with more practice!