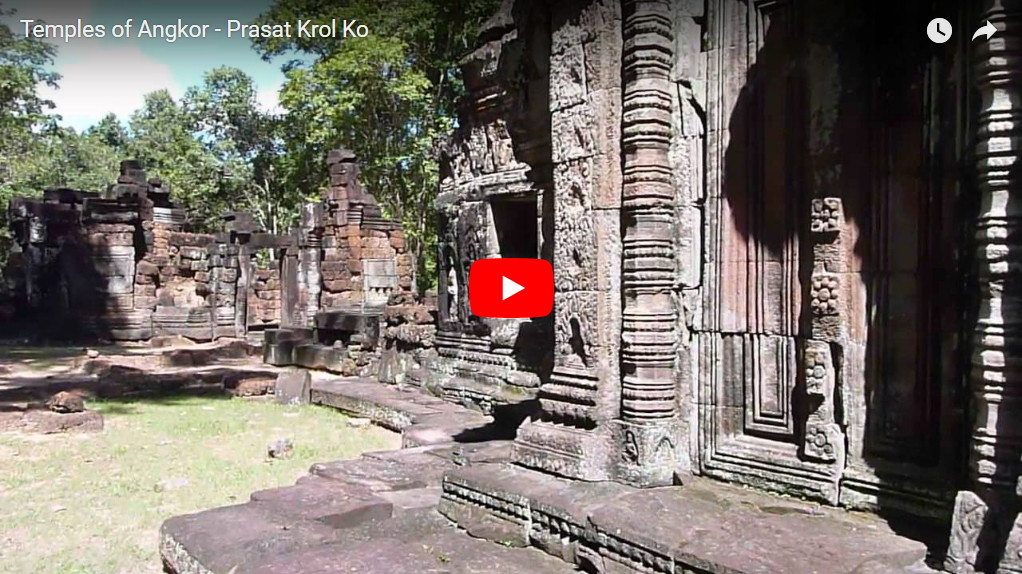 Siem Reap in Cambodia is famous for the magnificent 1000 year old temple city of Angkor Wat.

But I was keen to also see some of the hundreds of unrestored, untouristed temples that I had been told existed within the region.

With help from Sothea, my “moto remork” driver (a tuk tuk in Thailand), I found Preah Krol Ko, temple of the cow corral. Built in the 12th century by Jayavarman VII, and only 50 years and a few kilometres from Angkor Wat, it lives in what seems like a different world.

Far from the guided parties of foreign tourists at Angkor, at Preah Krol Ko I was the only visitor. The only sounds were the birds and the geckos. Of course temples like this are well known to locals, but you still get some sort of Indiana Jones or Tomb Raider moment “discovering” these ruins in a tranquil setting rather than a tourist trap. I hope that some of the Angkorian sites are left this way – preserved but not restored. But I would visit soon if I were you to be on the safe side.